The idea for establishing Turing House School was formed in 2011 by a small group of local parents. They saw local primary school communities breaking up as children transitioned towards secondary school, and recognised an increasing local need for more high quality co-educational, inclusive school places for families in south-west Twickenham and surrounding areas.

The founding parents approached the Russell Education Trust (RET), who had a strong track record of school leadership and support. A steering group was formed to develop the proposal and raise awareness within the community, enlisting the support of many hundreds of local families.

In 2013, the Department for Education provisionally approved the school proposal, and the Education and Skills Funding Agency (ESFA) began the difficult task of procuring a site. In 2015, following an extensive search and discussions with local stakeholders, plans were announced for our permanent school site in Hospital Bridge Road in Whitton. In the meantime, we were given the green light to open our school in temporary accommodation in Teddington, where our founding cohort of 100 Year 7 students started in September 2015.  In 2018, we expanded to a second temporary site in Hampton. However, we were thrilled to finally move to our permanent home in Whitton in April 2022!

We named our school Turing House in honour of the inspirational mathematician and scientist Alan Turing. After his key role in cracking the German Enigma Code during the Second World War, he moved to Hampton and worked at Teddington’s National Physical Laboratory, where he began his ground breaking work developing the earliest modern computers. By honouring and celebrating his achievements we aim to reflect a culture of possibility in our school; a school where staff and students are inspired to aim high, think creatively and achieve their full potential. 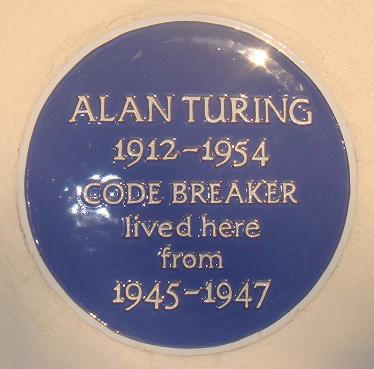 Download a prospectus and come to our open events.

Sometimes it is the people no-one imagines anything of who do the things that no-one can imagine.

Education is not the filling of a pail, but the lighting of a fire.